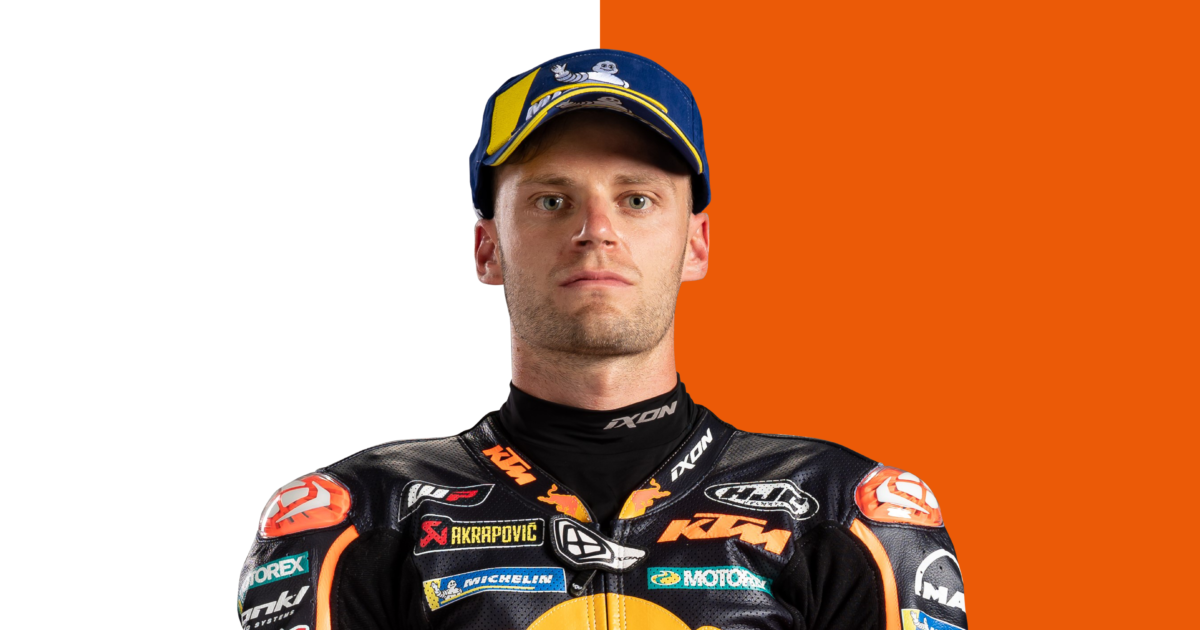 Brad started out in karts and was national champion aged just eight. Looking for a new challenge, the South African moved on to two wheels at 10 years old, and hasn’t looked back since.

After rapid progress on motorcycles in his native South Africa, Brad was accepted into the Red Bull MotoGP Rookies Cup for 2009 and his talent shone enough over the next few seasons.

In 2011, he was drafted into the RW Racing team in the 125cc World Championship as a replacement for the injured Luis Salom. Brad’s displays and professional approach impressed the team and he earned a full-time Moto3 ride with them for 2012.

In 2013, he rode a Mahindra and made excellent progress, and went on to score two podiums the following season with his performances catching the attention of a number of top teams in the paddock.

The Red Bull KTM Ajo set-up were able to beat off the competition to earn Brad’s signature and his adventure with the three-time championship-winning outfit brought him four podiums in 2015. He notched up a quick maiden victory in 2016 at the Gran Premio Red Bull de España in April, and it just got better and better, with Brad sealing the 2016 Moto3 title back in Spain, at Aragón, in September of that year.

Brad remained with the Ajo Motorsports team in 2017, stepping up to Moto2, where he secured three podium finishes and eighth place overall in the world championship.

The following year he won MotoGP races in Germany, Aragon and Australia to finish third in the standings, before adding another five victories and an overall second-place finish in 2019 to earn himself a shot at MotoGP™ glory in 2020 with a promotion to the official Red Bull KTM Factory Racing team.

There are no reviews yet.

Only logged in customers who have purchased this product may leave a review.